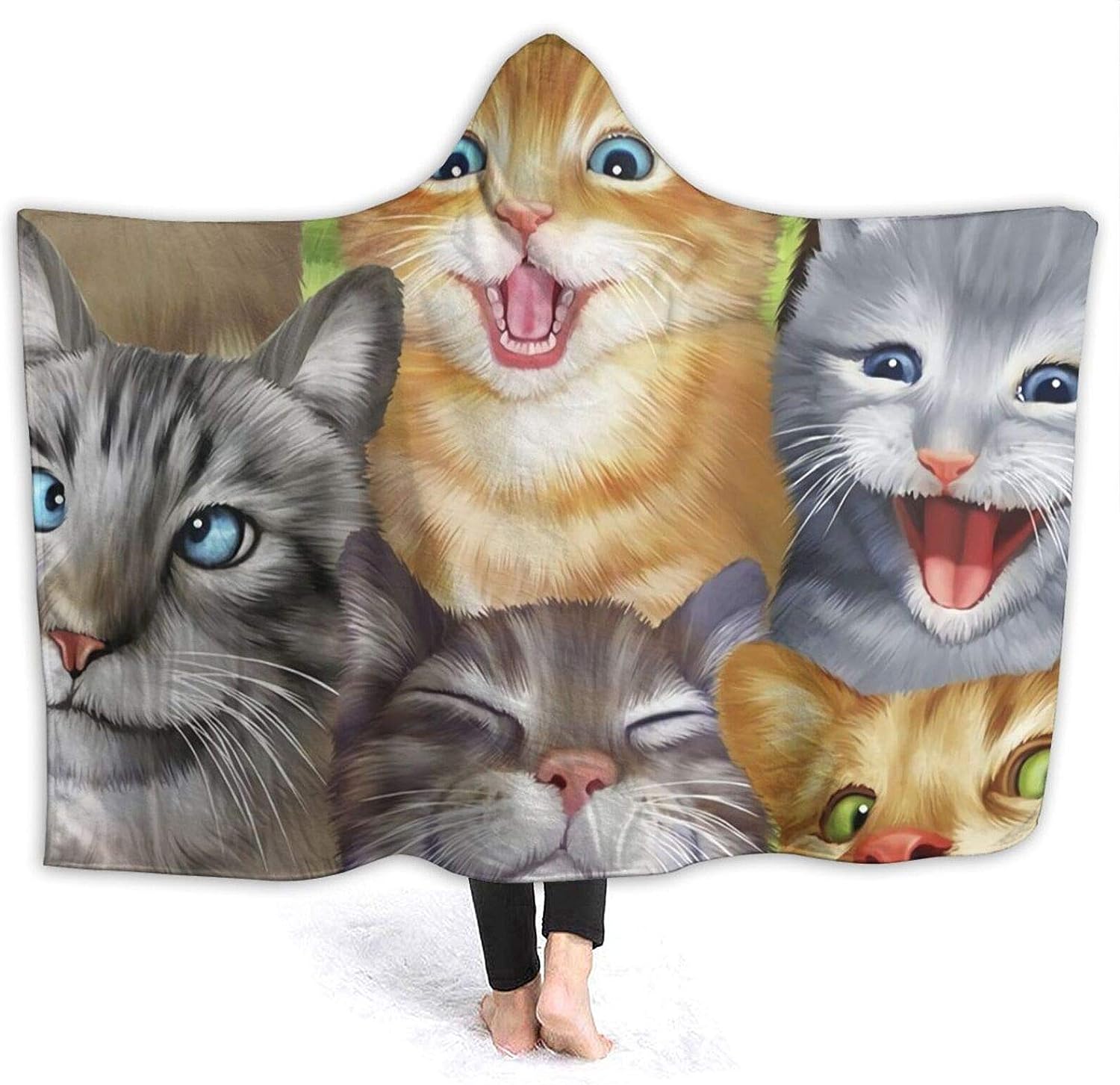 PYPYSDRIY hooded blanket is made from Anti-pilling flannel fleece, so much softer than fleece to provide you with the most luxurious comfort.

Soft amp;Warm
The fleece and sherpa backing will add an extra dimension of comfort and warmth. Only one side printed.

Comfortable
Pull it on, snuggle up, kick back and enjoy the amazing comfort of this blanket after a long day of work. These hooded blankets are perfect gifts for all generations and suitable for all seasons.

Makes a Great Gift
The warm Christmas gifts for kid, teens, fathers, friends, coworkers and staffs in the winter. Multi-functional wearable hoodie blankets that can be used for beds, sofas, travel.

Sleepwish designs will never go out of style while keeping you and your loved ones warm.